Scott and Melissa’s Deck With Pergola

This deck build for Scott and Melissa was not a completely new. The old deck and pergola were the same size as the new one and the beams and joists were in perfect condition. Since this part of the deck cannot be seen there was no point to replace it and add to the expense for the project. 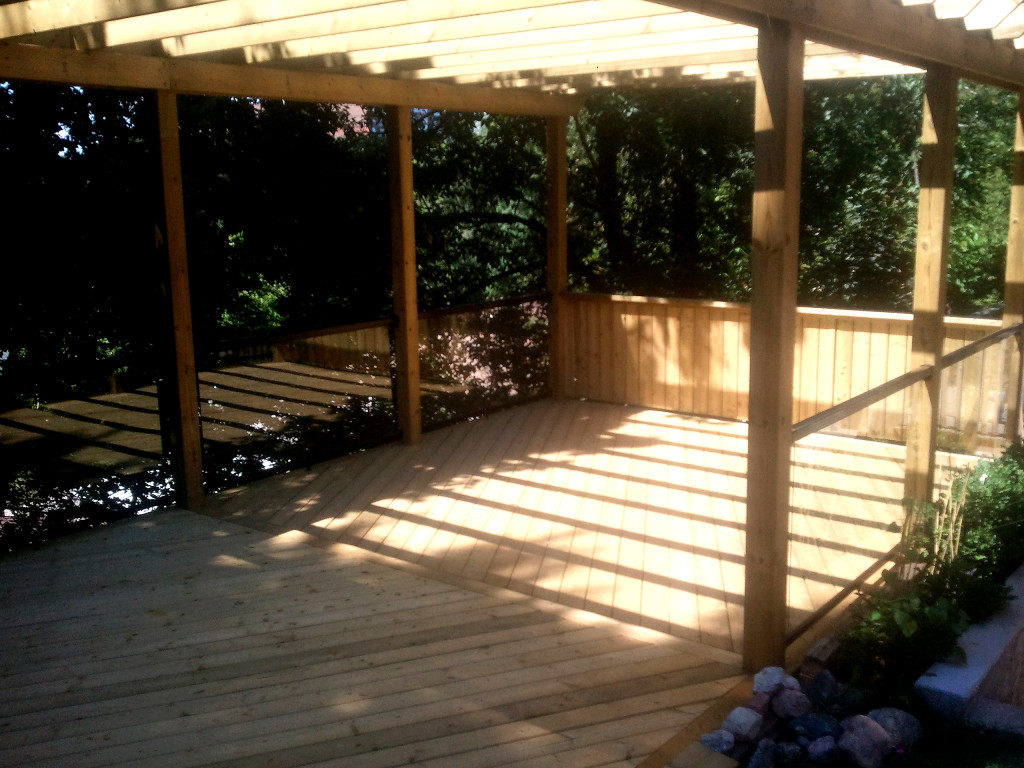 The original deck had been built with 2×4’s for decking material and a 1×6’s overlapped to make a privacy fence, with a pergola. We started this deck building project by removing the old decking boards, railings and pergola completely. Once this was done we made some minor adjustments to level the deck’s main frame and added blocking to support the angled deck board design we were going to use.

Before starting to lay the new deck boards we installed new 6×6 posts that would support the new pergola and glass railing system. For the deck boards we went with two picture frame that split the deck in half and then installed the boards on a 45 degree angle inside these picture frames. Admittedly installing the decking like this is more time consuming and costly, but the end product is well worth the cost giving a very custom high end look to the deck. 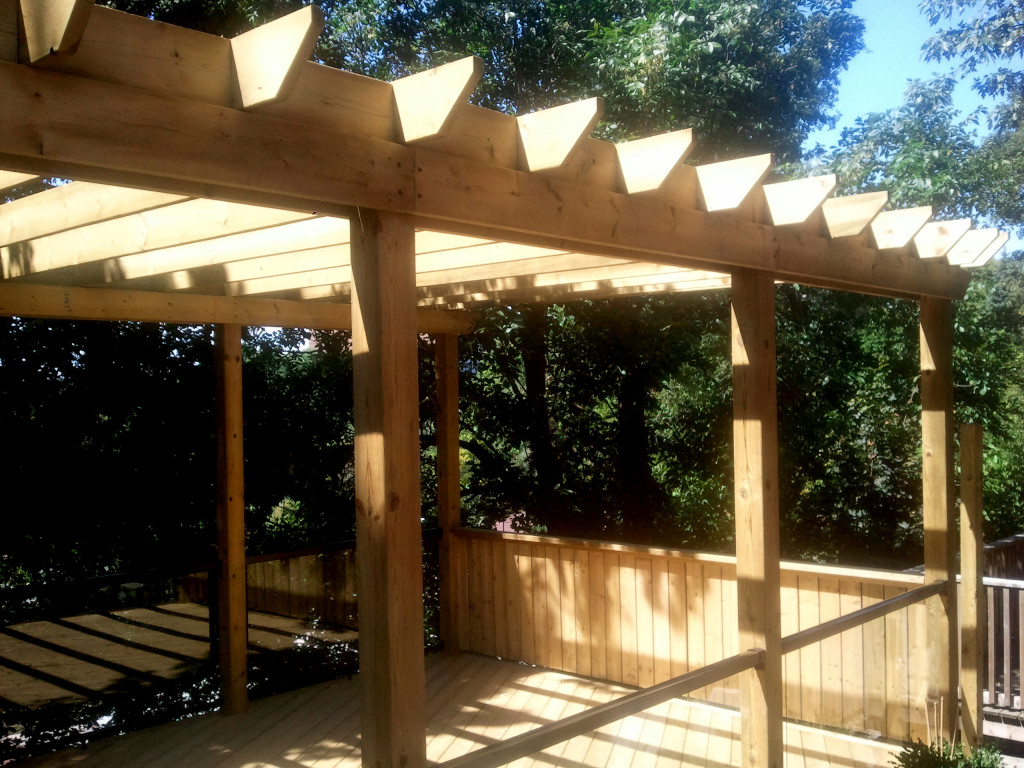 The new deck created was an amazing outdoor space, that was basically the same as the old deck with pergola but looked completely new, and a very happy customer. 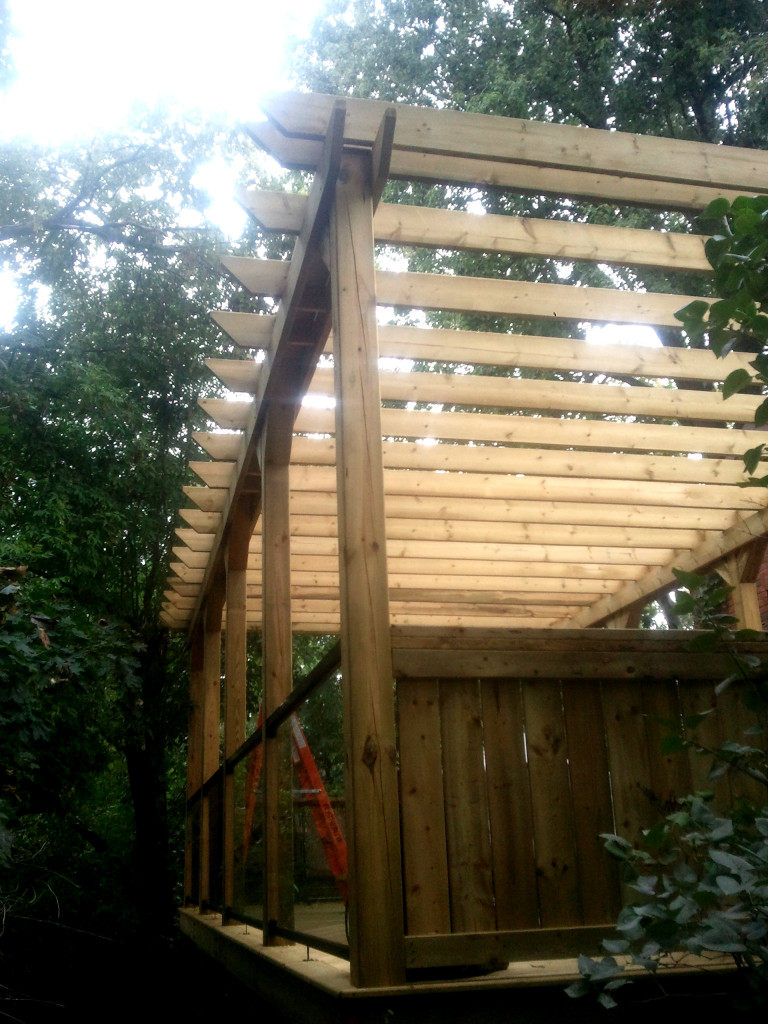